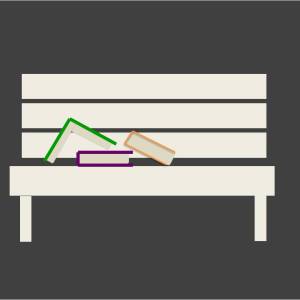 Two stories that are popular in two different parts of India but are very similar. They highlight that it is not the manner  of worship but the devotion with which it is done that is important. At least so far as Shiva is concerned 🙂

This runs contrary to the highly ritual-driven forms of worship generally observed.

Kannappa Nayanar – The Saint who gave his eyes to the Lord

The holy shrines of Tirupati and Kalahasti stand amidst seven hills even today covered with jungles. Long long ago, this area was one vast jungle, inhabited by few, except the tribes who considered the jungle their home. This is the story of one such tribal boy , Thimman, who came to be known as Kannappa Nayanar.

Thimman was the son of a tribal chief. A reputed archer in his tribe, he often led his people on hunting expeditions. On one such hunt, Thimman was separated from his friends, and he found himself in an unknown part of the jungle. Trying to find his way out, he came across a small shrine dedicated to Lord Shiva.

The shrine was a small one, consisting of just a Shiva lingam, but was clean and neat. Thimman found himself inexplicably attracted to the lingam. He was filled with a desire to make an offering to the deity.

Thimman had no idea about the correct way to pray to the Lord, but he was so consumed with love for Him that he offered the meat he had with him to the Lord. The Lord was touched by the love of the young boy, and happily accepted the meat. Satisfied, Thimman went away, determined to find his way back to the shrine.

The shrine was an ancient one, and was cared for by a Brahmin who lived in the nearest town, many miles away. The poor Brahman was an ardent devotee of Shiva, but could not make the long journey every day, so he came to the shrine once a fortnight, bringing the items of puja along with him. He cleaned and prayed to the deity and made his offerings before returning home.

The Brahmin returned to the shrine the day after Thimman had made his offerings, and was shocked to see the meat lying next to the lord! He assumed that some animals must have left the meat there, and cleaned it well with fresh water from a nearby stream before continuing with his routine. The Brahmin left that day, satisfied that he had done his duty.

The next day, Thimman returned, bringing more meat for the lord. He did not know any prayers or rituals, and spent some time talking to the lord and pouring out his heart. This gave him so much pleasure that he started coming to the shrine everyday, bringing with him the catch of the day.

One day, he felt that the lord looked a little dirty, and needed a bath. But how could he give the deity a bath? He had no vessels to bring water! As he walked towards the shrine carrying the day’s catch in both arms, he noticed the small stream flowing nearby and had an idea! He bent and filled water in his mouth and went to the shrine where he poured the water from his mouth on the lingam, thus bathing it. He then made his offerings and spoke to the lord before leaving for the day.

The next time the Brahmin returned to the shrine, he was repulsed by the sight he saw! There was meat all over the place again, and this time, the lingam was covered by spittle! This was not the work of an animal, but a human being! How could anyone thus defile the Lord? He patiently cleaned up the shrine before chanting the mantras and purifying the lingam before making his offerings. Again, he left, having done his duty, hoping that such sacrilege would not occur again.

Imagine the Brahmin’s predicament when he saw the same thing every time he arrived there!  Disgusted by the situation, he could not control his tears and addressed the lord aloud, “O Lord, you are the purest of all, the greatest of all Gods. How can you allow such indignities to happen to you yourself? You are the protector of the universe. Please protect yourself from such a sinner!”

Lord Shiva was moved by the Brahmin’s plea, and spoke out to his devotee, “My dear devotee, what you consider indignities is the offering made to me by another devotee. He knows nothing of rituals and correct practices, but, like you, he loves me with all his heart. I am bound by his devotion, and have to accept all that he offers me. If you wish to see the extent of his love for me, hide somewhere and see what happens. It is time for him to come.”

The Brahmin was curious about this devotee whom the Lord himself praised and hid himself behind some bushes. Thimman came very soon, as usual carrying meat in his hands and water in his mouth. As he poured the water from his mouth on the lingam and made his offerings, the Brahmin shuddered in his hiding place.

Meanwhile, Thimman was surprised when the lord did not accept his offerings as usual. Wondering what he had done wrong, he looked closely at the Lord. Suddenly, he noticed that there was something oozing from the Lord’s left eye! Horrified, he collected herbs and applied them to the eye, hoping to cure the problem, but it only made it worse, for blood started oozing instead of the water. He tried out a few more remedies, none of which worked.

Finally, he decided that the only way he could solve the problem was by offering the Lord his own eye. Taking one of his knives, he cut his left eye out of its socket, and placed it on the lord! At once, the blood stopped oozing, and Thimman heaved a sigh of relief!

Suddenly, he was shocked to notice that the right eye was now bleeding the same way! He now knew the solution and decided to offer his other eye too. But once he had taken his right eye out, how would he see where to place it? He pondered for a minute, and came up with a solution. Lifting his leg, he placed it on the place where the Lord had his right eye, and with his knife, proceeded to take out his right eye from its socket!

Even the lord could not bear to see this great sacrifice by his devotee, and appeared in front of him! At once, Thimman regained his sight, and prostrated before the Lord. The Brahmin too came out from hiding, and bowed before the Lord.

Lord Shiva blessed both of them and praised them for their devotion, in their own way. He especially lauded Thimman, and declared him to be a saint – a Nayanar, as the greatest of Shiva’s devotees were known. Since he had given up his eyes (kann is one of the words for eye) for the Lord, he would henceforth be known as Kannappa Nayanar.

By conferring the title of a saint on a lowly tribal boy, the Lord reiterated that it is true love and devotion for the Lord which matter, not the prayers and rituals we perform. Only those who love the Lord with all their heart can hope to attain Him!

According to legend, there was a sage named Veda who used to pray to God Shiva every single day. His daily routine started with prayers to God Shiva which lasted till the afternoon after which he headed to neighboring villages and beg for alms. .

Simultaneously, there was a hunter named Bhilla who used to hunt in the forest. Every day, after he finishes his hunt, he visits the Shiva Ling and offer God Shiva whatever he had hunted on that day. During the process, he pushes aside the offerings of Sage Veda. Strange though it might seem, Shiva was stirred by Bhilla’s offerings and eagerly waited for Bhilla’s offering everyday.

Bhilla and Veda have never met each other, but Veda everyday found his offerings scattered on the ground and replaced by a piece of meat. Veda figured out that his offerings were set aside while he was away begging for alms in the village. In order to find out who was responsible, Veda decided to hide behind the bushes and wait for the person instead of going into the village.

While waiting, Veda saw the hunter arrive along with his offerings. To Veda’s surprise, he witnessed God Shiva appear in front of Bhilla and tell the him how eagerly he waited for him and question the reason for his delay. After Bhilla made his offerings and went away, Veda confronted God Shiva questioning his partiality towards the hunter who was offering meat. In the fit of anger, Veda threatened to break the Shiva Ling. God Shiva non-hesitatingly suggested him to go ahead and break the Ling but requested him to wait till the next day to do so.

The very next day, Veda visited the Shiva Ling with his offerings. When he came across the Ling, he witnessed traces of blood splattered on the Shiva Ling. Veda carefully washed away the blood and continued his prayers.

Similarly, when Bhilla came to offer his prayers and offerings, he too saw the traces of blood on top of the Shiva Ling. Thinking he was somehow responsible for this unholy site, he took an arrow and started piercing himself as a punishment.

God Shiva appeared in front of both of them and told Veda to observe the difference between Bhilla and him. He stated that Veda has only given him his offerings, but whereas Bhilla has offered his whole soul and that is the real difference between ritual and true devotion.

One thought on “Kannappa Nayanar and Bhilla worship Shiva”